The Pharmacy For You

Our expertly trained pharmacists and friendly staff pride themselves on making sure your pharmacy experience exceeds expectations.

VINEYARD SCRIPTS is family-owned and operated in Vineyard Haven, MA. Since opening in 1992 as The Medicine Shoppe we’ve treated every customer like they were a part of our family. Other pharmacies may offer similar services, but our services come with a personal touch. When you come to us, you will feel confident that your health is the hands of people who truly care. 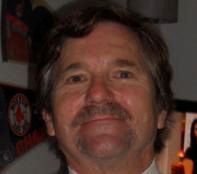 A 1980 graduate of University of Connecticut School of Pharmacy,David has been practicing on the island for five decades. He started working in Oak Bluffs and Edgartown pharmacies in the fall of 1981. In December of 1991, owners David and Nellie opened The Medicine Shoppe Pharmacy. Together they earned numerous awards for business success and community service.

​ The Perzanowskis live in West Tisbury with their five children Elena, Steven, Patrick, Matthew, and Krisitin.